The following article is my response to “John” comment on my other post about native C++/C# interop using C++/CLI.
The initial request was rather simple: for whatever reason John wanted to use the C++/CLI wrapper from Python and not from native C++.

It seemed technically feasible because Python has a remarkable tool to interact with native code: the ctypes module.
The only issue is that ctypes only supports C interfaces not C++ classes so in this case it can’t directly use the YahooAPIWrapper class.

In fact it’s a minor issue because this kind of situation is well known and a well documented pattern exists to circumvent it: building a C wrapper around the C++ API.

This looks a little crazy because you now have 2 layers between the Python client code and the C# Yahoo API: 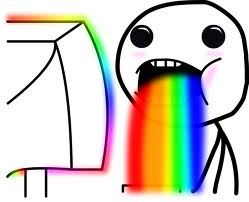 So, while I don’t think this layering could have any usefulness in real-life, this was a challenging and interesting question.

Looks simple no? Well, as you know when you start to pile up heterogeneous layers unexpected issues can appear and this is exactly what happened there, and it has revealed one that is worth talking about.
So keep reading!

END_OF_DOCUMENT_TOKEN_TO_BE_REPLACED

VS Solution(all the credits for Tim Anderson)

The article has been updated on the 19th of June 2016 to integrate 3 fixes:

When it comes to software development in a professional environment, heterogeneity is the rule not the exception: you often need to interact with systems developed with other technologies.

I’ve been recently faced with such a situation: a team that uses only native C++ needed to retrieve data using the object-oriented API of another team that develops only in .Net with C#.
This is a relatively uncommon scenario (just look at the number of articles on the subject), the standard case being new systems based on the .Net platform, developed in C# or VB.Net, needing to interact with legacy systems developed in native C++.

I’ve used the C++/CLI platform due to its unique ability to mix managed (.Net) and native code in one place and is then the ideal tool for building bridges between these two worlds using simple wrappers: the native face of the wrapper can be consumed by the legacy components and its managed face can directly use the C# API.

In this article I’ll illustrate how I’ve tackled the issue by building a simple C++/CLI wrapper, using a similar use-case: market-data retrieval from Yahoo.